You may not recognize their faces on the street, but you’d likely recognize their voices. Voice actors are responsible for creating the personality and voices behind your favorite animated characters. This craft doesn’t usually bring the same sort of attention as traditional acting, but it takes some serious skill and patience to do well. Unlike Hollywood actors, voice actors often work alone and in small recording booths. It’s a job with little fame or recognition.

Take Mel Blanc for instance. He’s known as the “Man of a Thousand Voices” for giving a voice to nearly every Looney Tunes and Merry Melodies character for Warner Brothers. Those characters included Bugs Bunny, Daffy Duck, Porky Pig, Tweety, Sylvester the Cat, Elmer Fudd, Foghorn Leghorn, and Yosemite Sam. Each character was expressive and distinct from one another, fooling audiences into thinking there were multiple cast members. In reality, Mel Blanc was essentially talking to himself in episodes.

The precedent set by Mel inspired countless others to pursue a career in voice acting. Now, the best voice actors are versatile enough to portray hundreds of characters’ voices. In this article, we’re shedding light on some of the busiest voice actors in showbiz. We focused on actors with the most “credited roles” or appearances in a TV show. To help curate this information, we used the website Behind the Voice Actors, which ranks voice actors based on total number of character roles.

Voice Actors with the Most Credited Character Roles 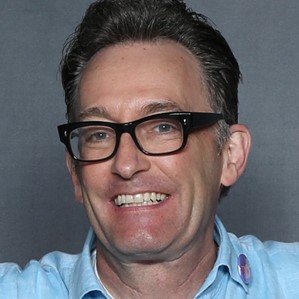 Voice actor Tom Kenny can be known for his long-running tenure as SpongeBob SquarePants in the hit TV show with the same name. On that show, he also voices Gary the Snail, Patchy the Pirate, and the French narrator. Before his career in voice acting, Tom performed stand-up comedy at clubs across the United States. While on tour, a representative from Cartoon Network heard Tom’s variety of voices, which led him down the path of voice acting.

With Cartoon Network, Tom voiced The Mayor in “The Powerpuff Girls” and several minor characters in “Johnny Bravo” and “Dexter’s Laboratory.” His first major voice-acting role came as Heffer, the cow in “Rocko’s Modern Life.” It was here that he worked with Creative Director, Stephen Hillenburg, who would later go on to create “SpongeBob SquarePants.” After hearing Tom voice for a minor character, Stephen knew instantly that he was the perfect match for the title character SpongeBob SquarePants. Other notable roles for Tom include the Ice King from “Adventure Time” and Spyro from the Spyro video game series. 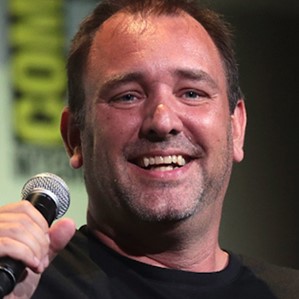 Trey Parker is the co-creator of “South Park” along with his creative partner, Matt Stone. Trey voices many of the main characters of the show, including Eric Cartman, Stan Marsh, Randy Marsh, Mr. Garrison, PC Principal, and numerous other recurring characters on South Park.

The pilot episode of South Park had a budget of $300,000 and took nearly three months to complete. The first few seasons of the show were made entirely using cut paper stop-motion animation techniques, giving the show its unique construction paper look. When the show debuted on Comedy Central in 1997, it became a hit almost overnight. Fast forward to today and an entire episode of the show can be made in just six days. That quick turnaround allows the show to capitalize on trending social events and has contributed to its continued success. 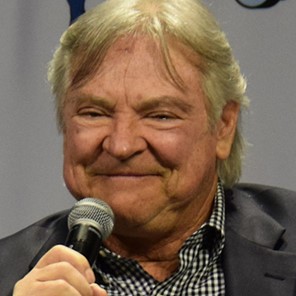 Frank Welker’s voice-acting career spans nearly six decades. He is best known for his role as Fred Jones in the hit franchise “Scooby-Doo” and has played the character since its inception in 1969. In 2002, he also took over the role of Scooby-Doo. Frank’s other voice-over work includes Megatron from the “Transformers” franchise, Santa’s Little Helper from “The Simpsons,” and the fat, lazy cat “Garfield.”

Frank is also well known for his ability to depict animal and alien sounds. In his many appearances, you can hear him make the guttural barks, whines, and roars of various creatures. This vocal range has helped him achieve over 2,000 credited appearances during his career. 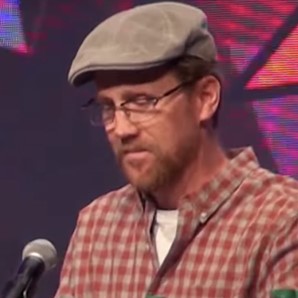 Jeff Bennett is another voice actor who has appeared in many animated films and shows. Since he began voice acting in 1991, he’s appeared in 199 TV shows, 69 video games, and 107 made for TV movies. Jeff is best known for voicing Johnny Bravo, a chauvinistic man who sounds suspiciously like Elvis Presley. His other roles consist of secondary characters, such as Petrie from “ The Land Before Time,” Foghorn Leghorn from the “Looney Tunes,” and The Man with the Yellow Hat from the “Curious George” franchise. 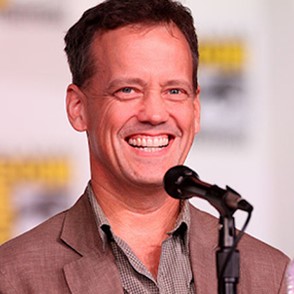 One of the most versatile voice actors in television, Dee Bradley Baker has appeared in 2,118 credited roles since beginning in 1989. But chances are you never heard exactly what he said because the majority of his roles aren’t even human. Like Frank Welker, Dee is well known for creating creature, monster, and animal sounds in animated shows. Notable creature roles include Apa from “Avatar: The Last Airbender,” Gravemind from “Halo 2,” and Perry the Platypus from “Phineas and Ferb.” Dee says he watches nature documentaries to make his animal noises as realistic as possible.

Some of his notable speaking roles include Squilliam Fanyson from “SpongeBob”, Commander Rex from “The Clone Wars,” Daffy Duck from “Space Jam,” and Klaus Heissler from “American Dad!”

Voice acting has become an indispensable part of filmmaking and television shows. These actors help breathe life into characters who would otherwise be lifeless. We think it’s high time that these actors get the recognition they deserve!

The “Space Race,” fueled by the Cold War between the United States and Soviet Union, saw two supe...