Ah, YouTube. Everyone’s favorite place for cat videos, childish pranks, well-edited trick shots, and click-baity thumbnails that always seem to feature surprised faces with their mouths open. But it wasn’t always like that…

When YouTube started in 2005, it was actually intended to be a social dating site, called “Tune In, Hook Up”. In a unique departure from other dating platforms, the site encouraged users to upload videos of themselves describing their ideal partner. Yes, it was as cringey as it sounds, and the site struggled to gain female support. So much so, that YouTube placed $20 offers on Craigslist as a last ditch effort to get participation from women.

While this concept failed, the saving grace was the site’s exceptional video and upload capabilities. After realizing the market need for a video service, YouTube was expanded to allow a wide range of videos and became the site we know and love today.

Whether you’ve become a streamer, influencer, or entertainer, since YouTube started, it has become the place to get famous from your home. With over 1 billion hours of video watched daily on YouTube, it’s no wonder that many kids actually dream of becoming streamers when they grow up, versus a traditional Hollywood celebrity. In fact, some YouTubers are more recognizable by millennials than actual Hollywood celebrities.

Established YouTubers such as PewDiePie, Ryan’s World and Jeffree Star have gained tens of millions of subscribers by creating videos that fans seemingly can’t get enough of. Building this sort of audience takes years of effort, commitment, and creativity, but it can also come with millions of dollars in ad revenue and sponsorships.

While we can’t tell you it’s a small feat, we can tell you that every YouTube star had to start somewhere.  So, if you’re thinking of making a name for yourself on a video platform, YouTube is a great place to start.

With time, it’s possible. You would be shocked to hear how much money you can make once you reach a certain subscriber count. Forbes estimates that the top YouTubers earn around $5 per 1,000 video views. For perspective, this means that a video with 1 million views can bring in around $5,000, just from ad revenue alone.

And it doesn’t stop there. YouTube offers several ways for content creators to monetize their videos, but first, you have to meet the minimum eligibility requirements for their Partner Program. The biggest hurdles include reaching 1,000 subscribers and 4,000 valid watch hours.

Once you’re accepted into the YouTube Partner Program, you can choose your monetization method and begin to earn money from your content. Here are ways to make money off YouTube videos:

While your own creativity is your only limit, we’ve found that certain content and personalities are far likelier to gain video views than others. Influencer Marketing Hub suggests that the following video topics as the most popular on YouTube:

During our own research of the top 100 YouTubers on Social Blade, we found that comedy and gaming were easily the most popular content categories. But don’t feel like you need to be restrained to one category. YouTubers often experiment with different content genres until they find something that their viewers like.

We also noticed certain characteristics that were common amongst the top YouTubers. We looked beyond their unusually young age to include the length of time it took to become a star. Account creation data from YouTube showed that many of the top YouTubers were over 7 years old and had over 1,000 videos. That’s some serious dedication to their craft.

What Gear Do You Need to Start a Vlog?

Starting your own YouTube channel doesn’t take too much tech, but you will need a few basics. We’ve compiled our recommended gear to help you get started. Now, of course, you don’t need all of this gear right away. Take it slow and start with a cell phone tripod and a ring light!

For most YouTubers, becoming a viral sensation is something that takes hard work, great timing, and a stroke of good luck. That said, there are some ways you can make your content stand out.

When you first create your channel, your primary focus should be creating consistent original content. This means tons of preparation and research before even hitting record. For instance, if you’re a travel vlogger, research the cities, food, and culture ahead of time and share some of that knowledge during your video. It will make you seem like more of an expert on the topic and earn trust with viewers.

Like we mentioned earlier, it’s important to experiment with different trends and content types. But once you’ve found something that works, stick to it. Don’t copy what other YouTubers are doing. Take inspiration, but strive to do your own thing as much as possible.

Editing can be a lengthy process, but it’s incredibly important and it’s the place where videos can die on arrival. You’ll need to ensure cuts aren’t too long either, and trim out any unnecessary content. This is also where you can add fun animations, graphics, special effects, sound effects, voiceovers, and background music. All these aspects together help create a more polished and professional finished product.

If you scroll through YouTube’s top videos, you’ll notice something eerie. Most thumbnails use shocked expressions, are overly colorful and use startling text. That’s because this strategy works and increases your video’s click-thru-rate (CTR). The higher your CTR, the more prioritized your video will be in search results. If possible, you should always opt for custom thumbnail photos.

Your video’s title is equally important. Along with describing your video, your title should include relevant keywords related to your topic. This will help your video get discovered more often in search results.

As we revealed earlier, it can take a while for your channel to generate some momentum. That’s why it’s important to create a posting schedule rather than publishing all your content at once. For some content creators that means once a month, others once a day. It’s up to you to decide, but you should remain as consistent as you can. This will create expectations for your audience and have them eagerly awaiting your next video drop.

YouTube prioritizes videos with high engagement metrics. So, while it may seem tacky to some, asking for “likes”, “comments”, and “subs” from viewers, it actually works. It’s why you see almost every YouTuber mention it at some point in their video. Some include this request in the beginning of their video, while others mention it in the outro. It’s entirely up to you.

Now that we know what makes a YouTuber successful, let’s dive into our list of some of the most-subscribed YouTubers. To understand which YouTubers reigned supreme, we analyzed SocialBlade’s YouTube rankings. We focused on individuals whose main income came from YouTube versus those who use the platform to advertise or supplement their main platforms. For example, record labels, artists, actors, brands, and production companies were not considered. Here are the biggest YouTuber Stars as of September 2020. 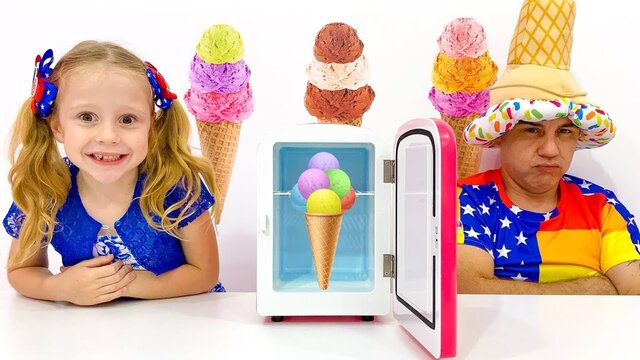 It’s no secret that YouTube is a big hit with kids, so it came as no surprise that a number of channels on our top 10 list are targeted towards children. Like Nastya is a children’s show that follows the antics of young star Nastya as she acts out songs, skits, and plays with interesting toys. Like Nastya currently has 13 successful YouTube channels, all with millions of followers. And since her content relies on slapstick humor and features little actual dialogue, it can be translated easily, to seven different languages to be exact. If you add up the followers across all her channels, her total subscribers surpass 160 million, making her the most influential YouTuber on our list. Forbes estimates her yearly earnings to be nearly $18 million, thanks to sponsorships like LegoLand and Dannon. 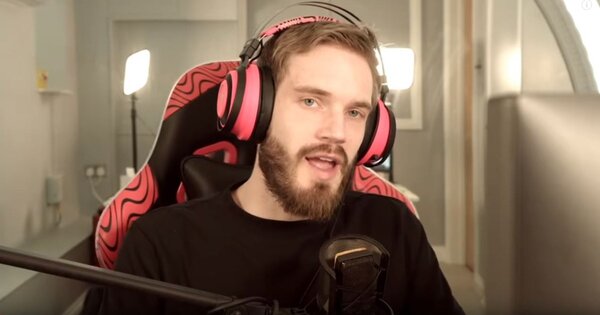 Felix Kjellberg, known online as PewDiePie, is one of YouTube’s most notable content creators. PewDiePie’s channel features video game walkthroughs, reviews, memes, and commentary on the latest social issues. PewDiePie pioneered the video game comedy style you see from other YouTubers nowadays. His style is best summarized as loud, edgy, aggressive, and shock-orientated, with clever cuts and special effects, which work well for his younger audience.

PewDiePie held the title of most subscribers on YouTube until 2019, losing to Indian record label “T-Series”. This led to fans of the show creating a “Subscribe to PewDiePie” campaign to help him reach 100 million subs and regain his title. As of this article, PewDiePie has received over 26 billion video views. 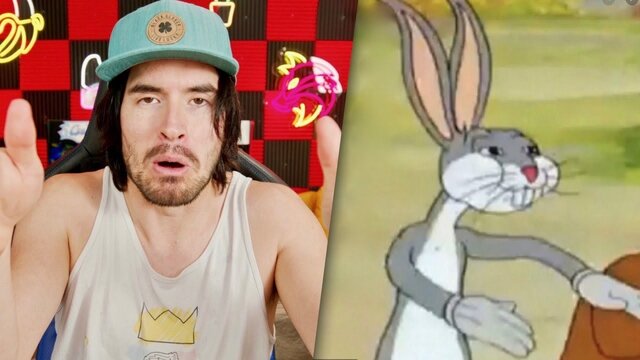 Chilean content creator, Germán Garmendia has not one, but two highly successful YouTube channels, each boasting 40 million subscribers. Haven’t heard of him? That’s because Germán is the biggest Spanish-speaking YouTuber in the world. Germán’s content normally focuses on everyday topics, but also features video game walk-throughs, skits, and reaction videos. German is best known for his comedy delivery, which uses dramatic facial expressions and clever cutaway gags to imitate what he’s discussing. 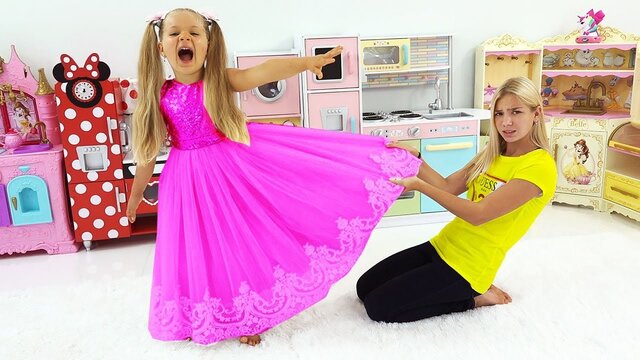 Kids Diana is yet another child YouTube star on our list. Seeing a pattern? Kids LOVE YouTube! Similar to Like Nastya, Kids Diana is one of the many children’s shows on YouTube, following Diana and her silly adventures with her family. The show uses stylized animations, cute sound effects, and exaggerated reactions as Diana plays with her insane amount of toys, many of which are provided by sponsors.

Diana may be one of the youngest stars on our list at just 6 years old, but she has amassed a huge following, with over 61.8 million subscribers and 34 billion views. 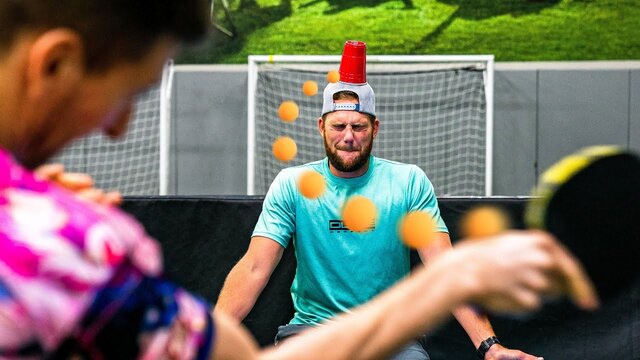 Dude Perfect is a group of college friends who perform various stunts and trick shots and occasionally break Guinness World Records together. The success of their channel comes from featuring everyday sports challenges with a unique twist. Challenges are cleverly edited to remove any mistakes and to appear like they were completed on their first try.

Due to the sports nature of Dude Perfect’s show, their videos are frequently shown on ESPN’s First Take, Pardon the Interruption, and Top Plays. They’ve also partnered with Discovery Channel this year to appear in an upcoming Shark Week special. In total, Dude Perfect made an estimated $20 million in 2019 from ad revenue and endorsements of their show, making them the second highest earning channel on YouTube. 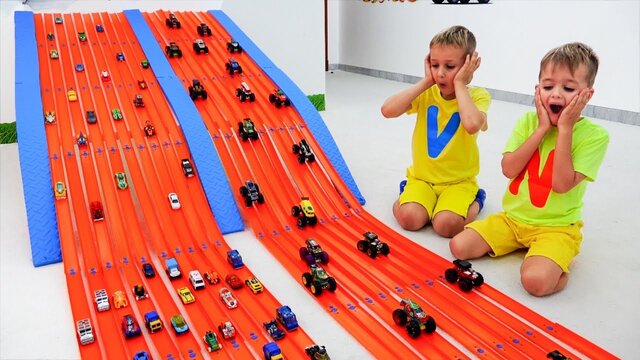 Vlad and Niki is a Russian-American kids show that revolves around two brothers. In their videos, Vlad and Niki can be seen playing, opening new toys, singing nursery rhymes, and having imaginative play. One of their most watched videos has over 483 million views and is based on the nursery song “Wheels on the Bus”. They are currently the 18th most subscribed show on YouTube, just 2 years after joining.

After carefully analyzing what makes YouTube stars so successful, we’ve realized that making it big on the video platform is not as easy it sounds. But if you’re looking to try it out for yourself, here’s what we found to be most important: the proper equipment, great editing skills, a big personality, quality content, and a huge amount of luck and willpower. If you have the time and the patience, you might just make it to the top. Good luck!

Oh, what a year it has been. What started with a two-week stint to “flatten the curve” of the COV...

When Does the New Year Really Start?