The “Space Race,” fueled by the Cold War between the United States and Soviet Union, saw two superpowers fighting for spaceflight superiority and, by extension, their military prowess.

The first “salvo” fired between nations was on October 4, 1957, when the Soviets successfully launched Sputnik. The satellite was only the size of a beach ball, but it proved man was no longer confined to Earth. This historic event was quickly followed by Sputnik 2, which carried a dog as a passenger and marked the first time in our history that a living creature had orbited Earth.

Seeing these two feats accomplished by the Soviets, who were still recovering from World War II, shocked the American public and led to the formation of NASA. Two years later, the United States launched its own satellite, Explorer I.

The Soviets made history again with the first probe to touch the moon’s surface and later with the first man to fly in Earth’s orbit. The cosmonaut who accomplished this feat, Yuri Gagarin, was hailed as a hero in the Soviet Union for “beating” the Americans. A few months later, U.S. President John F. Kennedy delivered his famous “Moon Speech,” where he announced Americans would deliver a man to the moon by the end of the 1960s.

While it’s impossible to say who won the Space Race, the field of space exploration was the biggest winner. Today, private corporations, like Elon Musk’s SpaceX, are carrying on the space exploration legacy with a new promise: to finally take man to Mars and beyond.

In the past few years, space agencies like NASA and corporations like SpaceX have made great strides in rocket designs. The primary type of rockets used now are known as heavy-lift launch vehicles (HLV). These rockets are capable of carrying massive payloads such as crewed spacecraft, satellites, or even warheads. They achieve liftoff by exploding a mixture of fuel and oxygen into a combustion chamber. The hot exhaust gases produced by this reaction are then passed through a nozzle to produce thrust and overcome the pull of gravity.

Heavy-lift launch vehicles are classified by their payload tolerance, with some “super-heavy” variants capable of carrying 50 tons or more of cargo. Super-heavy launch vehicles stand hundreds of feet tall and require immense amounts of fuel to take off, leading to their ability to lift an immense payload into low Earth orbit (LEO).With SpaceX’s recent testing of Starship, a new world record for tallest rocket has been achieved.

Here’s a look at the tallest rockets in human history.

The Largest Rockets in Human History 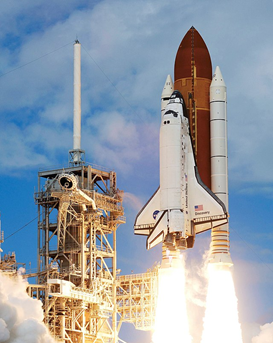 Developed by NASA, the Space Shuttle program was humanity’s first attempt at creating a reusable, cost-effective spacecraft. Unlike the rockets from the Apollo era, which used capsules on the tip of rockets, the space shuttle was a sleek, jetliner-like aircraft that could safely land on a runway after its mission.

The space shuttle made its debut on April 12, 1981, and was used by NASA for over 30 years before being retired in 2011. NASA’s fleet included the Columbia, Challenger, Discovery, Atlantis, and Endeavour. The space shuttle Challenger exploded shortly after liftoff in 1986. Columbia exploded during reentry into Earth’s atmosphere in 2003. 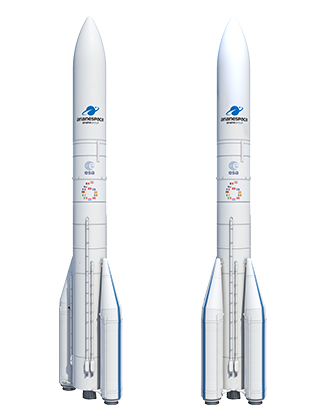 The Ariane 6 rocket has the people who are staying on Earth in mind. It is designed to get satellites into orbit so that people can communicate, navigate, and keep track of weather and other science. Two versions of the Ariane 6 are being built, one with two boosters and the other with four. The rocket has two stages, the core and the upper. The upper stage, with are-ignitable Vinci engine, can reach a variety of orbits on a single mission to deliver more payloads.

SpaceX was founded in 2002 by billionaire Elon Musk, who previously created and sold PayPal. SpaceX’s Falcon Heavy is the world’s most powerful operational rocket, a title previously held by the Saturn V. The Falcon Heavy rocket is made up of 3 Falcon 9s featuring 27 Merlin 1D engines, and 3 reusable boosters, allowing it to produce 5 million pounds of thrust at liftoff. This liftoff thrust is equivalent to eighteen 747 aircraft at max power. 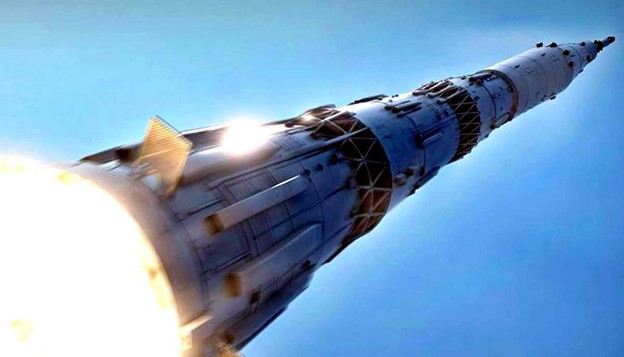 Russia hopes to use the super-heavy carrier rocket for missions to the moon, including landing cosmonauts there. Roscosmos, the Russian space agency, placed an order for the rocket’s conceptual design in 2018 with an anticipated launch in 2028. Yenisei’s first version is expected to have a lifting capacity of up to 140 tons for delivery into Earth’s low orbit. The agency expects the rocket eventually will deliver 27-ton payloads to the moon’s orbit. 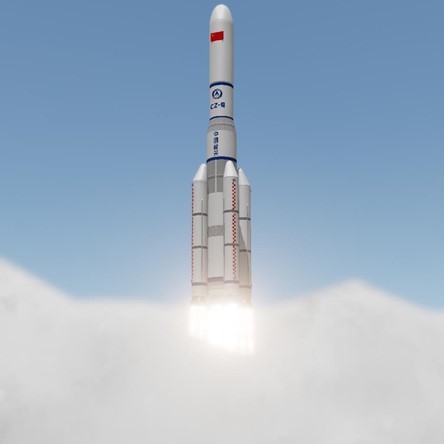 A test launch is almost a decade away for the launcher China plans to use to get to the moon and beyond. The launcher is being developed by China Academy of Launch Vehicle Technology (CALT), part of China Aerospace Science and Technology Corp. It will have four side boosters measuring 16.4 feet in diameter and will be capable of lifting 140 tons into Earth’s low orbit or 50 tons on a path to the moon. Exact plans forLong March 9 aren’t defined. 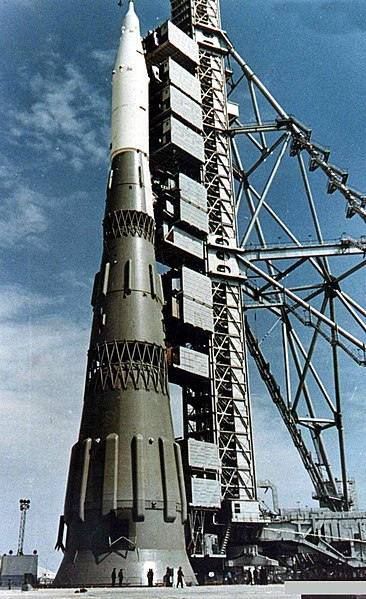 Once the race to the moon began, the sole mission for the Soviet Union’s N1 was to beat the United States. Thefive-stage N1 needed 30 small rocket engines fired simultaneously to lift off from the launchpad. The secretive program was canceled in 1974, two years after the last of four failed launch attempts. 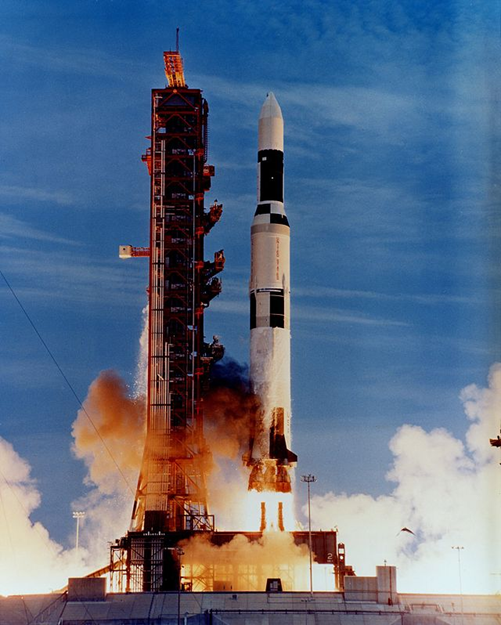 Saturn V took astronauts to the moon and launched Skylab, America’s first space station. For years, the three-stage Saturn V was the tallest, heaviest and most powerful rocket ever flown. Fully fueled and waiting on the launchpad, Saturn V weighed about as much as 39 space shuttles. It carried 26 astronauts into space, includingsix missions to the moon. 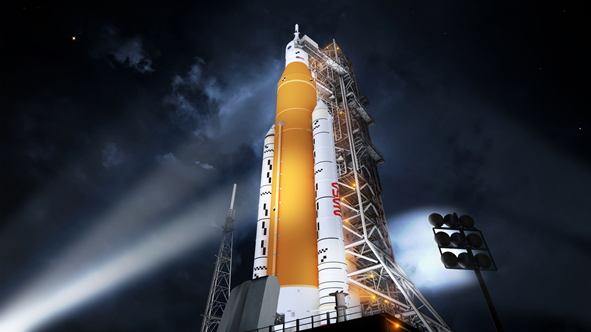 The Space Launch System is critical to NASA’s Artemis I mission to the moon and is the largest rocket element NASA has ever built. The rocket uses four RS-25 engines, which are fueled by liquid hydrogen and liquid oxygen. NASA saysSLS is the only rocket capable of sending the Orion spacecraft, astronauts and supplies to the moon on a single mission.

Artist rendering of Starship on Mars Colony by SpaceX

SpaceX’s Starship is being built to carry crew and cargo to the moon, Mars and beyond. And to be reusable. The spacecraft and its booster are poweredby Raptors, reusable methalox staged-combustion engines that made history with their first flight test in 2019. Starship’s last four prototypes performed well until the landings, which resulted in explosions at various stages. SpaceX is wasting no time in working on the next prototype

From the launch of the first rocket, mankind has been mesmerized by the idea of what’s to be discovered in the universe and of hurtling through space to explore other planets. The promise of returning to the moon and of walking where NASA’s Perseverance rover is roaming are just a couple of reasons for the unknown and exciting race for the stars.

From epic tales to shocking plot twists, TV and movie history is filled with unforgettable moment...