The Most Famous UFO Sightings

The Pentagon has finally acknowledged that Navy personnel actually took photos and videos of “unidentified aerial phenomena” that were leaked in 2019.

This marked the first time in U.S. history that the U.S. government has openly acknowledged the existence of Unidentified Foreign Objects or UFOs (although, the government uses the term UAPs (Unidentified Aerial Phenomena) instead of the more common UFO term). Three leaked videos have recently been declassified and made public. One of these videos shows a blinking, pyramid-shaped object darting rapidly across the sky. Another shows footage from an infrared targeting camera of a Tic-Tac-shaped object flying at incredible speeds near naval carriers.

So, what exactly are these UFOs?

One explanation that has conspiracy enthusiasts excited is the possibility of alien life. In 2004, the USS Nimitz was performing training missions 100 miles offshore of San Diego when several pilots encountered a white Tic-Tac-shaped UAP just above the surface of the ocean. The pilots, who were interviewed by 60 Minutes, claimed the craft possessed “transmedium” capabilities, or the ability to transition from air to water or to space. This means the UAP could possess technology far more advanced than anything currently achieved by the U.S. 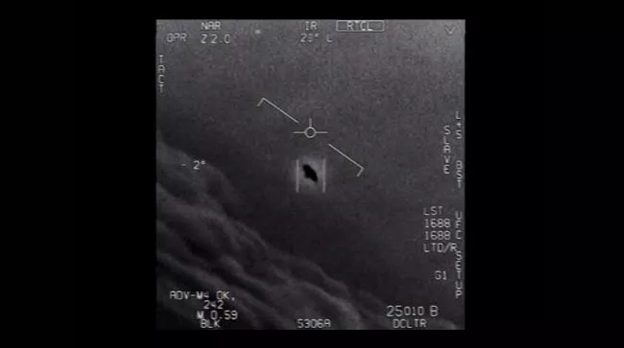 A retired Navy chief, who claims to have previously witnessed the same Tic-Tac-shaped UAP, believed the craft had technology that outstripped the current military arsenal by 100-1,000 years. He also claimed the craft had no means of detectable propulsion, meaning the craft had no vapor or smoke emissions as it moved at incredible speeds.

A far less exciting, but arguably more insidious, explanation for UAPs could be foreign intelligence. Other countries could have created these UAPs to observe U.S. military operations; although, this does not explain the advanced technological aspects of the UAPs.

Whatever their origin, the Pentagon is taking UAPs seriously. In 2020, the Pentagon established the “Unidentified Aerial Phenomena Task Force” to gain insights on the origins of UAPs. The intelligence committee is also preparing to brief Congress on UAPs this summer, with some details likely to become public information.

Whether you’re a believer or a skeptic, UFOs and alien life remain one of the most polarizing modern-day conspiracies. A reported 52% of Americans believe in extraterrestrial life, with 49% of Americans believing that the government should release its data on UFOs. To help give you something to think about, we’ve compiled the most famous sightings in American history. 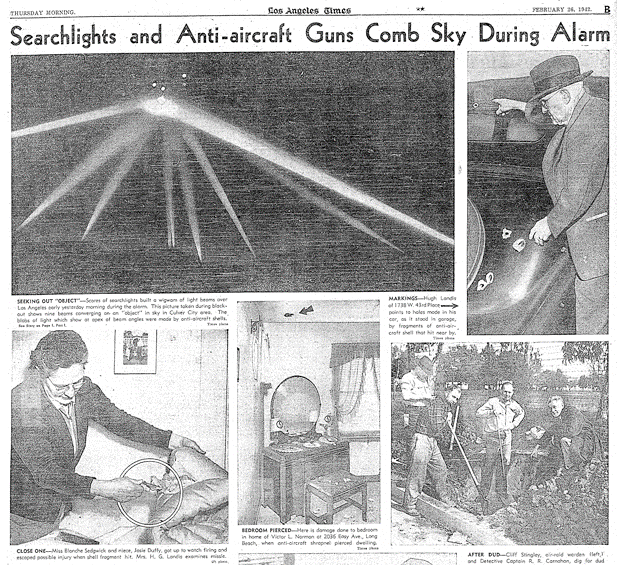 During the height of World War II, several unidentified objects were spotted far above the city of Los Angeles. Fearing a surprise attack from Japanese bombers, air raid sirens were sounded and a total blackout of lights was ordered. The next hour, over 1,400 anti-air artillery shells were fired. Remarkably, none of the shots reached the objects, which continued on their original path. Los Angeles residents who observed the UFOs claimed they moved as fast as 200 mph and glided across the sky.

Civilian pilot Kenneth Arnold was flying his light aircraft near Washington’s Mount Rainier when he witnessed nine high-speed, circular objects flying in a tight “V”-shaped formation. The Idaho pilot estimated the UFOs were travelling over 1,700 miles per hour, over twice the speed of sound. Kenneth’s description of the event led to the famed phrase “flying saucer,” after describing the objects as similar to “a saucer if you skip it across water.” Soon after, other pilots spotted the same mysterious UFO formation near Mount Rainier. The U.S. government has never officially explained the phenomena. 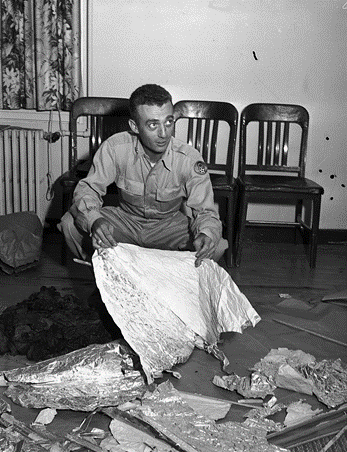 Mac Brazel and his son discovered a crash site filled with metal debris and glossy material on their New Mexico ranch. Puzzled, Mac Brazel phoned the local sheriff, who in turn called officials at Roswell Army Airfield. The debris was gathered by soldiers and whisked away in armored vehicles. Army public information officer Lt. Walter Haut later issued a news release stating that the debris was from a “flying saucer.” The next day, this statement was contradicted by General Roger Ramey, who claimed the wreckage was from a weather balloon. This spurred numerous conspiracy theories of government cover-up, and skeptics of the Roswell incident grew as time went on.

Three science professors from Texas Tech University in Lubbock, Texas, were outside when they saw a series of lights flying across the night sky. That same evening, hundreds of other residents reported the same incident. Project Blue Book, which led the Air Force’s inquiries of UFOs, concluded that the lights were from birds reflecting luminescence from newly installed streetlamps. People who witnessed the event disagree with that explanation, stating that the objects were moving too quickly to be birds.

In December 1965, several people say they saw an acorn-shaped UFO that was engulfed in flames make a controlled crash into the nearby woods. The crash area was quickly sealed off by the Army and Pennsylvania state police, preventing local residents from investigating. 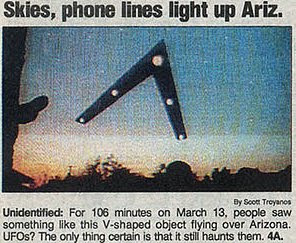 In 1997, thousands of people reported seeing a bright V-shaped object soaring over Nevada, Arizona and a part of Mexico. Reports indicate that this incident occurred across the area for over 12 hours.

Over a dozen United Airlines employees spotted an odd metallic aircraft hovering over the gate terminal at Chicago’s O’Hare International Airport. The object was reported as hanging in the air for several minutes before shooting up into the clouds. Because it was not captured on radar however, the FAA classified the incident as a “weather phenomena.” 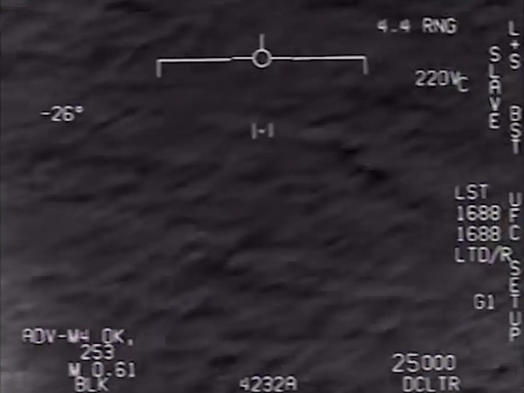 The Department of Defense released targeting footage of an encounter between an F-18 Super Hornet fighter jet and a UFO racing across the Pacific Ocean. Like the 2004 USS Nimitz encounter, this unidentified flying object was oval-shaped, 45 feet long, and showed no signs of exhaust or propulsion.

Whether it’s mysterious lights, impending alien invasion, or classified military technology, humans will always be enamored with UFOs. Hopefully, this summer the intelligence committee will provide some conclusive answers on the subject. In the meantime, keep your eyes peeled for little green men!

History of Money & Commerce: From Bartering to Bitcoin

We’re all familiar with the concept of money. In its simplest form, it’s a means of exchange, a m...

Marvel has dominated the superhero box office for quite some time, but DC Comics is hoping to cha...