How 1 Mammogram Touched 3 Generations of Women

ACE Cash Express is proud to partner with the National Breast Cancer Foundation (NBCF) to bring life-saving mammograms and other health services to women at risk. For the month of October, we’re highlighting breast cancer awareness with a special story written by NBCF.

Thank you for all your important work, NBCF! Read their story below.

Today is the first day of Breast Cancer Awareness Month, and we’re doubling down on outreach to give women access to the breast care they deserve and need!

One of those women is Diane. Her story is long, but I promise it’s worth the read.

Diane was experiencing constant pain and soreness in her right breast. When the pain failed to subside, she made an appointment to see her doctor. Her doctor discovered a lump on her breast and immediately ordered a mammogram for Diane. She had no insurance and became discouraged about her options. Thankfully, a staff member at her doctor’s office told her about NBCF’s National Mammography Program.

Diane was provided a free mammogram at one of our partner hospitals. The results of that free mammogram had a far-reaching impact that no one could’ve predicted. It changed Diane’s life, and her family’s lives, forever.

The screening showed abnormalities, and a biopsy was needed. The results confirmed that Diane had breast cancer in her right breast.

Diane began chemo treatments that were successful in shrinking the cancer, followed by a double mastectomy and radiation treatment for 33 days.

While the cancer was successfully treated, Diane was not out of the woods yet. She was tested for breast cancer gene mutations and found out she was positive for BRCA1, meaning she was more likely to develop breast cancer and ovarian cancer, and at a younger age.

With the cause of her breast cancer explained, and knowing her mom died of ovarian cancer, Diane knew she needed to look out for her four children and eleven grandchildren.

“[My daughters] are glad they had the surgery because they feel like they don’t have to deal with the possibility of getting breast cancer,” said Diane. 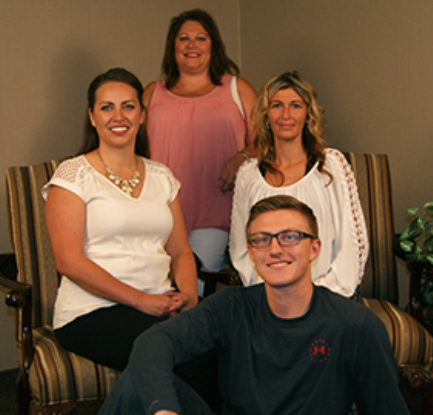 One free mammogram impacted three generations. Diane is a breast cancer survivor today, her children have made decisions to help prevent breast cancer and ovarian cancer, and her grandchildren are aware of their risk factors and have the ability to take charge of their health.

The National Mammography Program that saved Diane’s life and provided hope for her family is only made possible by supporters like you.

Every day, over 700 women are diagnosed with breast cancer. Thousands more won’t know until it’s too late, because they don’t have access to care or can’t afford a mammogram. You can help us close that gap and ensure that no woman has to go without a mammogram.

A $150 mammogram helped three generations of a family take action with their health. Will you help other women seek life-saving mammograms? There’s no limit to the positive impact your donation will have.

How to Negotiate Lower Bills

Few things are as stressful as not having enough money to pay your bills. Sometimes it feels like...

When (and How) to Save for College for Your Child

As a parent, you want to best for your child’s future. Sending your kid off to college is one of ...

How to Use Your Tax Refund to Grow Your Wealth

What is a Prepaid Debit Card and How Does it Work

How to Kill Your Credit Score